Percussion Synthesis, Part 3: The Sound of One Synth Clapping

Today, we’re continuing our percussion-synthesis series with another complicated one: claps.

Let’s get hands-on (get it? Because you clap with your hands)

Claps are weird because they sort-of have multiple transients. (If you’ve read the previous posts in this series, you may remember that a transient is the big impactful part of a sound. A kick and a snare each only have one transient. Claps, especially when synthesized, generally sound best when it sounds like there are multiple impacts) Thus, the complication: we don’t want to use a ton of modules to create 10 separate individual clap sounds. Or do we…?

One possible answer: We don’t actually do any of the things I just said we’d do

Good news! Remember how in the past few posts I added a disclaimer at the beginning saying we wouldn’t use the Basimilus Iteritas Alter in this series because, being designed for percussion, it was kind of cheating? Well, I make the rules around these parts, so today, we’re starting out with a BIA patch! Screw you, Markus from two weeks ago! 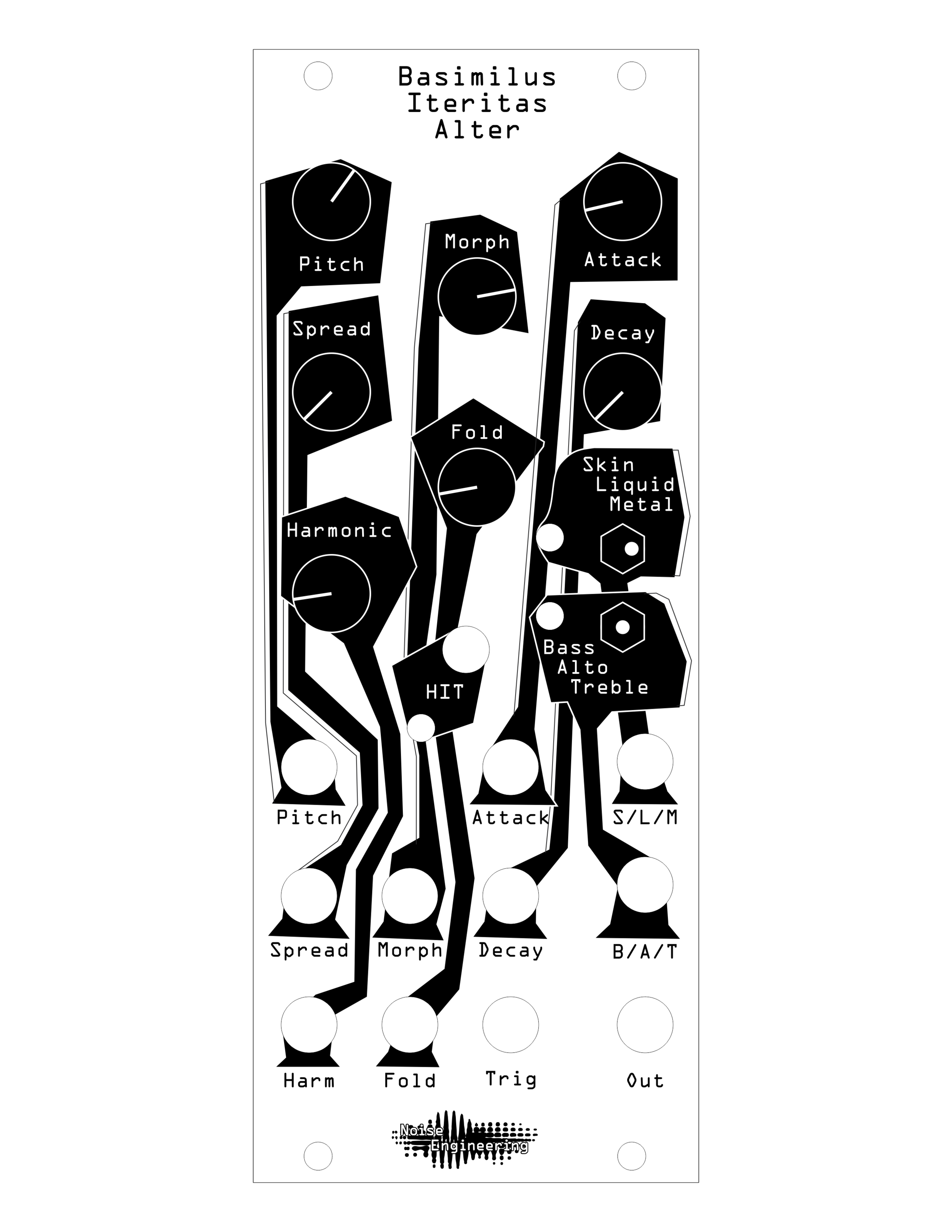 Set all the knobs and switches to the angles you see in that there picture. Send a trig to Trig. Patch Out to your speakers or DAW or whatever. Maybe run it through something like Kith Ruina to add some saturation and EQ. It’s a clap! We’re done! Finished! Forget about learning things!

Blatant sarcasm aside, this patch illustrates an interesting point: just because something is usually done a certain way doesn’t mean we can’t do it completely differently and have it sound great. I wouldn’t have started with FM to create a clap (Metal mode in the BIA is an FM algorithm), but after messing around for a while I realized this was the best way to get clap-like sounds out of BIA.

Obviously, the BIA is monophonic so we’re not really going to get the multiple transients we were talking about earlier. But does it still sound recognizable as a clap? Yes! Could we put it in a track or a patch and have it sound great? Yes! Are there other ways of doing this? Absolutely! Want to hear what this sounds like anyway?

The other option: we actually synthesize something

Let’s take some inspiration from the TR-909. Working backwards, here’s what I ended up with, using only discrete modules (no BIA this time):

Obviously a very different tone. Let’s talk about this patch: Gates and envelopes are red, audio is blue.

Remember the multiple transients we talked about at the beginning? The 909 does this by triggering a VCA envelope 4 times about 10ms apart (at least as far as my research tells me; don’t quote me on that). Here, we’re doing something similar: we can use an oscillator like Sinc Iter to create fast pulses to trigger our envelope generator, Pons Asinorum. Math tells us that a pulse every 10ms equals 100hz, but I found that around 50hz actually sounded best for trigger frequency, at least in my patch.

Now, you’ll notice that the trigger SI on the bottom is going through a VCA before it triggers PA. The VCA is opened and closed by our gate. This allows us to set the number of triggers that happen per gate by adjusting the length of the gate and the frequency of the oscillator. Since we’re dealing with triggers, not audio, opening our VCA with a gate won’t cause clicks or anything that would be problematic (more on that weird clicking thing in a future post!). Once you’ve tuned your gate length and oscillator frequency to taste, also adjust the length of the decay envelope out of PA to your liking. It all changes the sound of the clap! In fact, while I was developing this patch, I recorded a bit of the tweaking I went through to find the clap sound I wanted. Here’s the recording, all I was doing was sequencing different numbers of those repeated triggers and changing the envelope length:

You can hear how big a difference the two different parameters make! Small changes to settings can often equal big changes to the sounds.

The actual sound generation part is simple: a noise oscillator through a bandpass filter. I found setting my filter to around 1.1khz with pretty high resonance gave the best sound. From there, we run the filter output through a final VCA, controlled by that super-fast-triggered envelope and we’re done!

Pretty cool, right? From here, run through some reverb, compression, EQ, delay, further filtering… whatever you want, really, to get the clap sound you’re looking for. I think mine had a tiny bit of compression. Reverb is always fun on claps, so I’d maybe start there for further processing.

Patches like these sound great, are super versatile and customizable, and are a lot of fun (at least to me), but they take up a bunch of modules in a patch. Even if you have a larger system, you might not want to dedicate 7 modules to a clap. I have a sampler in my system, so if I make something like this I’ll record it and just trigger it from there in future patches. And, of course, if you’re producing a track, making a sample library of stuff like this to use in your productions is always a good idea.

You made it to the end. Give yourself a hand! Again, what I’m hoping you’ll get out of this series is new techniques, new ways of thinking about sound and synthesis, and a broader understanding of what can be done with synths. More coming soon.