Getting Started: Oscillators and noise

Welcome to Getting Started, the series where we explore the fundamental types of Eurorack modules and discuss what they do, how to use them, and how they fit into a system. And of course, it wouldn’t be a Noise Engineering blog without some wackiness, so at the end of each post we’ll discuss a more advanced/abstract/unusual technique for each type of module for you more experienced patchers out there. This will be a long series, happening every few weeks, and we hope there’s something for everyone here!

This week, we’re talking about oscillators. What is an oscillator? A digression to a sultry room.

It’s a hot day, and you turn on your fan. You stand in front of it, but the stupid thing just keeps moving from side to side and you aren’t in the breeze.

No, we aren’t in a weird text-based video game all of a sudden. This odd digression is here because that is an oscillating fan. The word oscillate just means moving back and forth.

Today we’re talking about oscillators, which are the components that create a signal that itself oscillates. In most synthesizers, sounds start with an oscillator, and all the other parts of the synthesizer modify that sound in one way or another.

Oscillators: making waves since way back that keep going and going...

Oscillators oscillate -- that is, they’re always making sound (even in a forest where there is no one there to hear it). To control their volume, we need to use things like VCAs and envelopes. We’ll cover these in an upcoming post.

There are many, many types of oscillators, but rather than talk about specific modules, let’s talk about the sorts of waveforms they make. Sine waves are the simplest waveform there is, and if you have enough of them, they can create literally any sound in the world (and conversely, any sound can be deconstructed into sine waves!). They’re kind of the building blocks of audio, if you want to think of it that way. Cool, right? If you want more of an introduction into how sound works, check out this awesome website here.

In standard synthesis, sine waves are used for many things: modulation, harmonically simple sounds like sub basses, and a plethora of other things. They’re useful to have around! 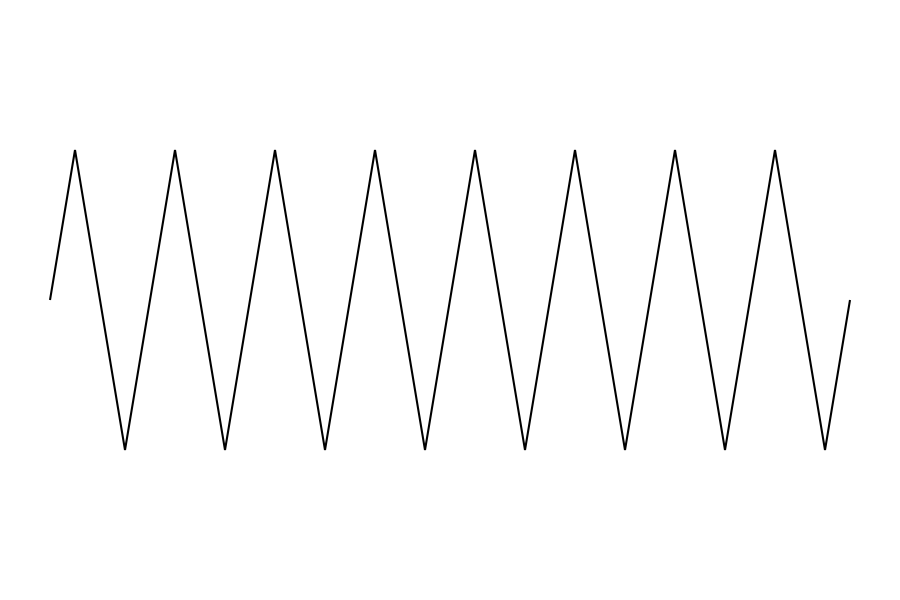 Triangle waves are slightly more harmonically complex than sine waves, but they’re still pretty laid back. They contain slightly more harmonics than a plain sine wave, but not a whole lot. You won’t hear a huge difference between a sine wave and a triangle, but their distinctions become important when dealing with things like FM (frequency modulation) -- more on that later. 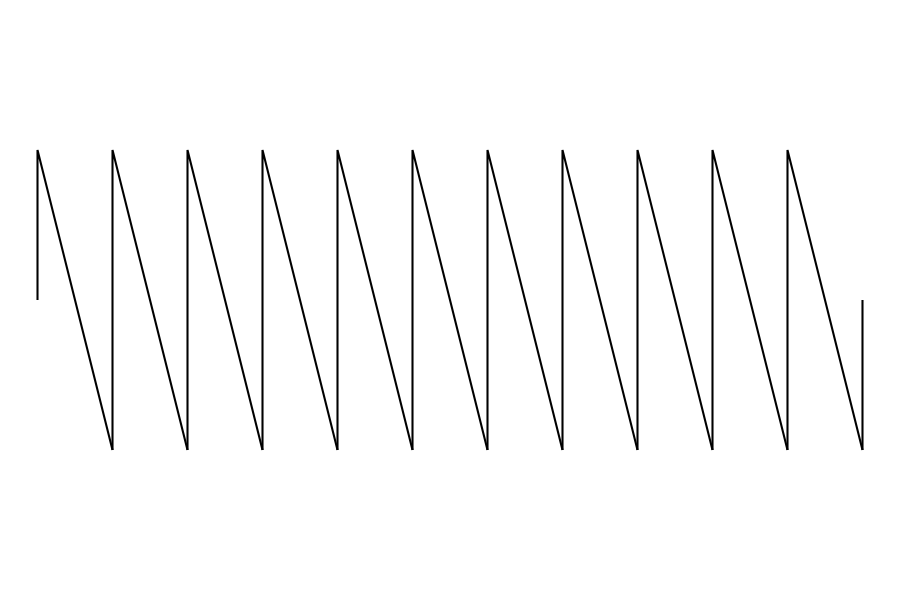 Saw waves are my personal favorite: they contain many more harmonics than sines and saw and are much brighter than those as well. They’re the building blocks of many traditional subtractive synthesizer sounds. Also, they sound badass. 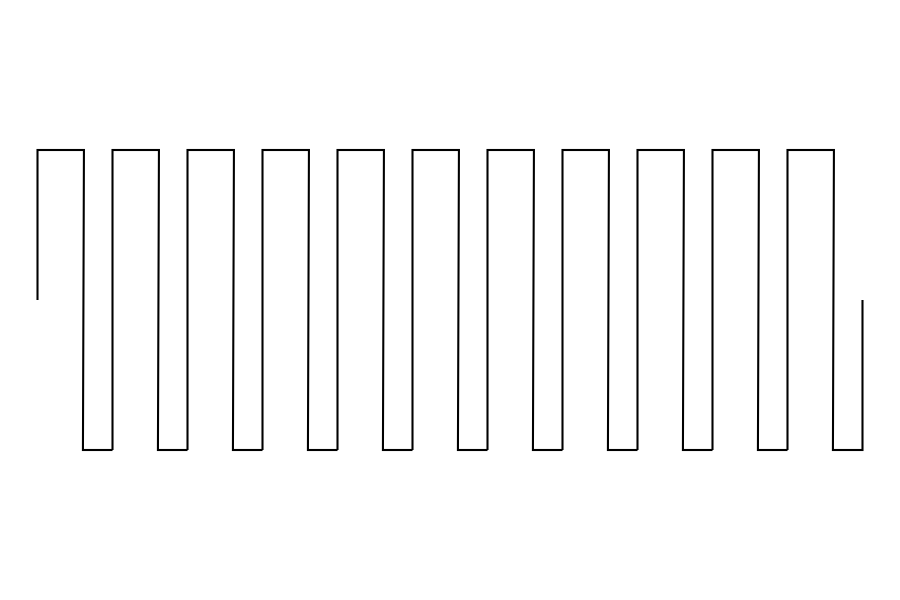 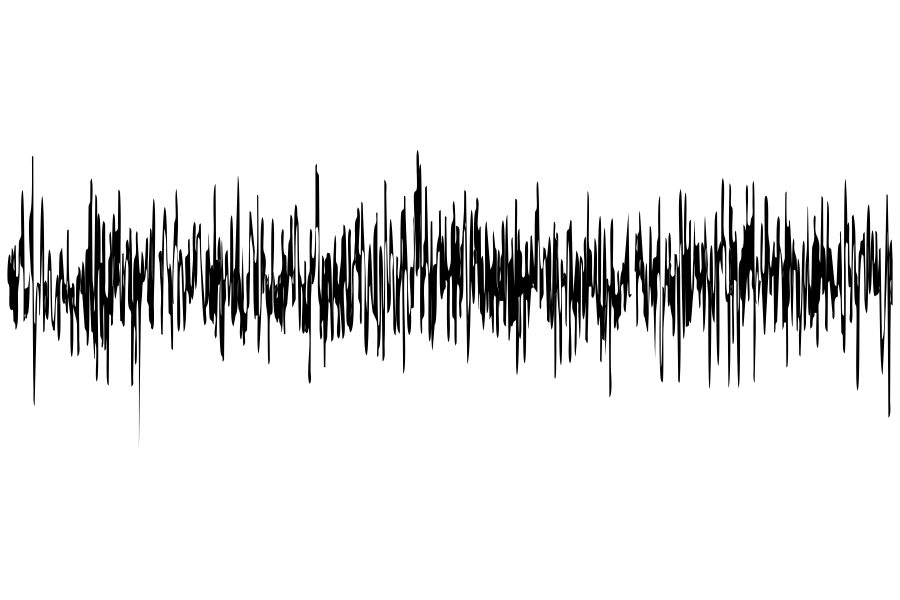 Noise is the last standard waveform, and it’s basically just an audio-rate random signal. There are a few “flavors” of noise, like white noise, pink noise, and brown noise. Noise is unique in this waveform list as it doesn’t really have a pitch because it’s got energy in a broad range of frequencies.

While most basic analog oscillators will have a few waveform output options, a noise oscillator will generally be a separate unit.

Waveforms are all well and good, but how do we actually play a tune with these things?

In Eurorack, most oscillators follow the one volt per octave standard, often abbreviated 1v/8va, V/Oct, or something to that effect. When you plug control voltage into the pitch input of your oscillator, it will sound an octave higher each time you add 1 volt. Sequencers output pitch signals that correspond to that standard, so your oscillators will follow along and play the intervals that your sequencer tells them to.

You’ll notice I said intervals and not notes there: generally, sequencers and oscillators don’t communicate with any real concept of pitch, and oscillators will output any arbitrary frequency you want, often starting at below human hearing range all the way up to make-your-ears-hurt high. It’s generally up to you to tune things to your liking, but most sequencers, if they do display note names, will treat 0,1,2... volts as C0, C1, C2... and so on, so it’s possible to tune your oscillators to them as well. You can read some techniques for tuning your Eurorack system here.

What about all the other sounds?

Back to the timbral side of things: there are many sounds that can’t be created with the basic waveforms above -- more often than not, basic waveforms will be processed in a signal chain by things like filters, wavefolders, distortion, and other effects to completely change their timbre. Some more complicated oscillator modules contain ways of modifying their timbres built into the module, too.

What are some other types of oscillators?

Of course, we’ve only scratched the surface with the simple analog oscillators generating the waveforms described above. There are loads of other oscillators, taking inspiration from a huge variety of places.

One common type of oscillator is a “complex” oscillator, which is actually two oscillators, generally followed by a wavefolder. The two oscillators can modulate each other, and the resulting tone is processed by the wavefolder to change the sound even more.

Which oscillator is right for me?

You’ll find tons of different oscillators that function in lots of unique ways. The bottom line is, when you’re picking out an oscillator for your system, choose one that sounds good to you. Features on paper are one thing, but sound is most important! Check out videos, demos, your local store (if/when it is safe), and ask the manufacturer questions! Find the sounds that work for you and make them come alive. Here are a few of our favorites:

Noise Engineering Loquelic Iteritas: A complex oscillator that can give you basic waveforms and a whole lot more.

SSF Quantum Rainbow 2: A noise-only oscillator with a variety of flavors.

Joranalogue Generate 3: An oscillator that give you control over harmonics instead of individual waveform outs.

Do you like FM, AM, RM, or another type of audio-rate modulation? And do you have a resonant filter in your system?

Here’s the thing: creating a sine wave, especially with an analog oscillator, is surprisingly difficult. If you look at an analog “sine” wave on a spectrum analyzer, you’ll generally see a few extra harmonics rearing their heads, which means our sine isn’t quite perfect. Now, that’s not a bad thing: everyone loves a little bit of character. But for some things, like FM, we often want as perfect a sine as we can get. And that’s where filters come in. If you have a resonant filter in your system, turn the resonance all the way up with nothing patched into it and look at the result: it’ll probably be a pretty perfect sine wave! Better yet, many filters have a 1v/8va-calibrated CV input for exactly this reason. And even better still, if your filter has multiple outputs, they’re probably out of phase from each other, meaning you can create even more complex styles of modulation!

So, the next time you want to get your FM on, instead of using two oscillators, use an oscillator and a filter and see what happens.